The beast of chaos that has colored the continent has also extended to the Yellow Hood's chief, Vinity, and the new King of Saint West.

Who will be the one to help these to fight against Dragon Emperor Accor?

The continuing catastrophe of of Dragon Emperor Accor’s cotinues in the story < Chapter 29. Believer >.

For an easier story progress Story Chapter 28 difficulty will be lowered. 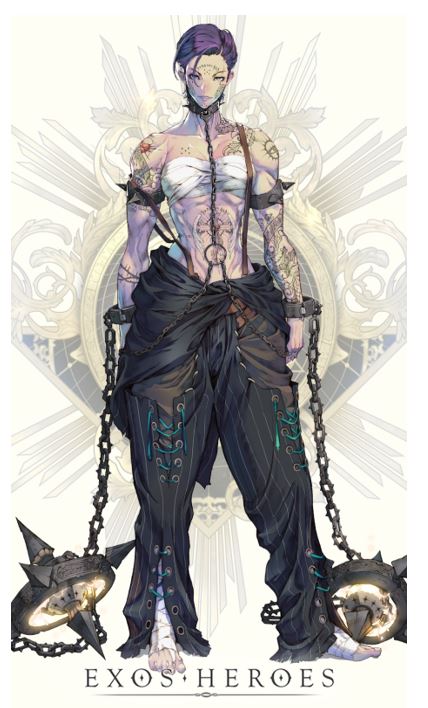 Vladimir is a defense type hero who uses her iron mace by swinging.

In the battle she will be a tanker supporting her teammates.

Vladimir is another signature hero that represents Lenombe.

It has been quite a while since we have added a new signature hero after ‘Rienor’.

To help you fight the battles with Vladimir, we are preparing various contents for hero obtaining and growth.

The best way to get Vladimir!

‘Hero Chance Up - 『Vladimir』 Recruit will be on for 2 weeks.

In the Hero Chance Up Recruit, you can obtain the hero with 0.5% chance.

Moreover, if you obtain 28 hero mileages 1 ‘Vladimir’ is guaranteed.

Vladimir will be added to all hero recruit contents except for ‘Free Recruit’.

Especially in Lenombe ‘Nation Recruit’, Vladimir will have a higher chance to be recruited.

Vladimir will be added to the recipes in Door to Creation as well.

As Vladimir is a signature hero, you can use her as Signature Force enhancement condition and material.

You can enhance Lenombe’s Signature Force if you use either Rachel or Vladimir as a material after fulfilling the transendence condition.

Moreover, Rachel and Vladimir will be able to be used as an enhancement material.

Vladimir will be added to Scout.

However, a lot of points are required to obtain a Signature Hero through Scout.

It is not an easy job to do.

For this reason, we are adding a sharing slot function to Scout so that you can meet Vlamidir faster. 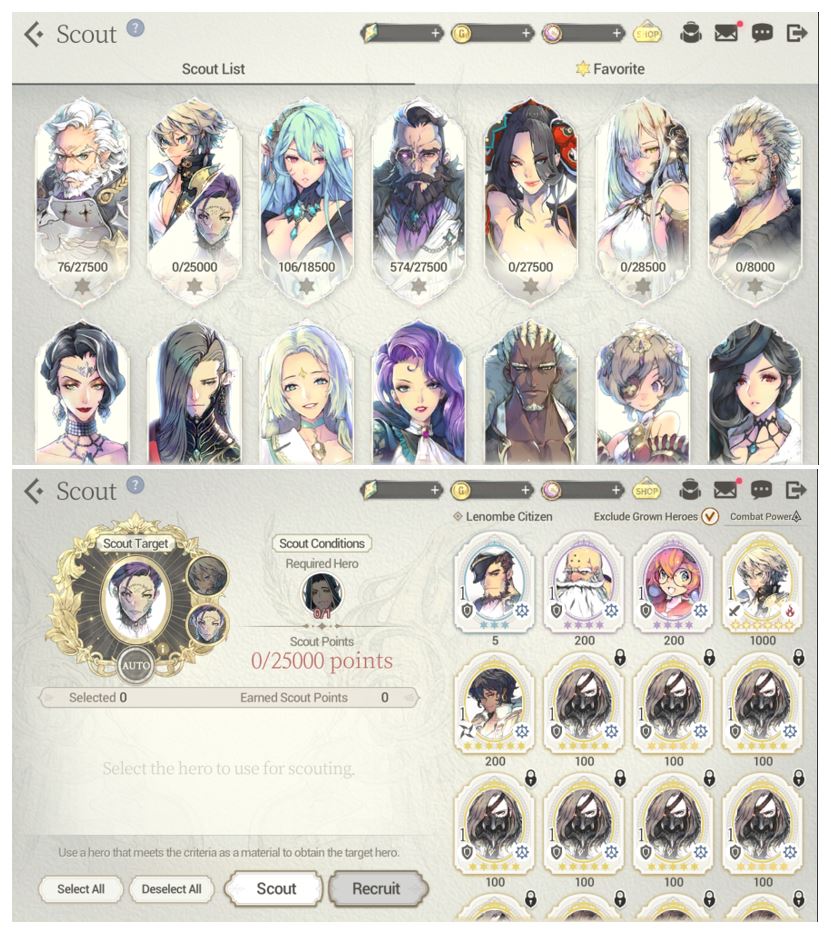 Vladimir will be able to share a Scout slot with Rachel who is in the same nation as her.

Vladimir can be recruited by using the required hero and Scout points that were stacked in Rachel’s Scout thorugh the sharing slot function.

In the Market - ‘Heowon’s Old Store’ you are able to use various currencies to purchase Signature Heroes’ hero memory.

Vladimir’s hero memory will be added to the list so that you can purchase it with ‘Medal of Dual’ or ‘Beads of Greed’.

Not only for Vladimir but we are also planning to support more new Signature Heroes through various contents.

Please show a lot of love and support!

The fourth story of Memorial Saga, < IEL > will soon be revealed.

Memorial Saga - < IEL > is a story about a girl IEL revealing her secret in an isolated island 10 years ago. 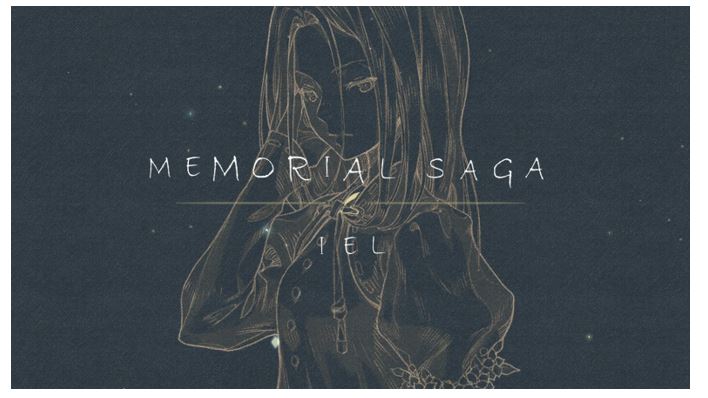 In this Memorial Saga, there will be various puzzles to clear and clues to collect to figure out the codes.

We have added gimmicks that you could enjoy from A.K.A ‘Tkool’ games to the story. 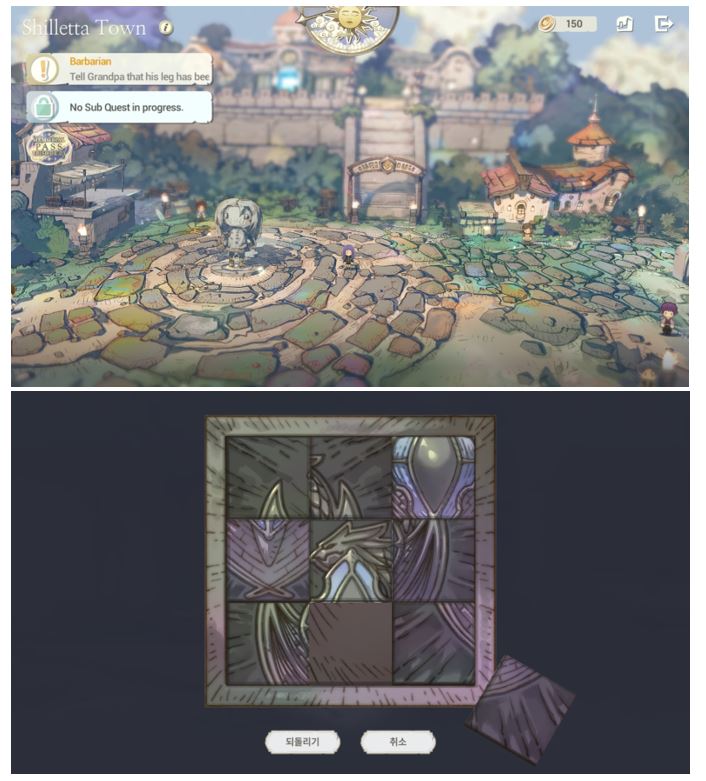 As it could be a spoiler, this is as much we can tell you for now!

Arkvurze official season open is on its way!

We are finalizing the content with the entrance currency / matching condition / rewards along with the server stabilization.

Please wait a little more for the exciting real-time battles of Arkvurze.

Clear missions and get various rewards including a Red Fatecore!

Get The Red! Event will reopen with the 7th Red Fatecore.

In this Get The Red! Event, owner of Wonderland 『Rienor』’s Red Fatecore is prepared.

Please look forward to Rienor’s more powerful than ever Fatecore. 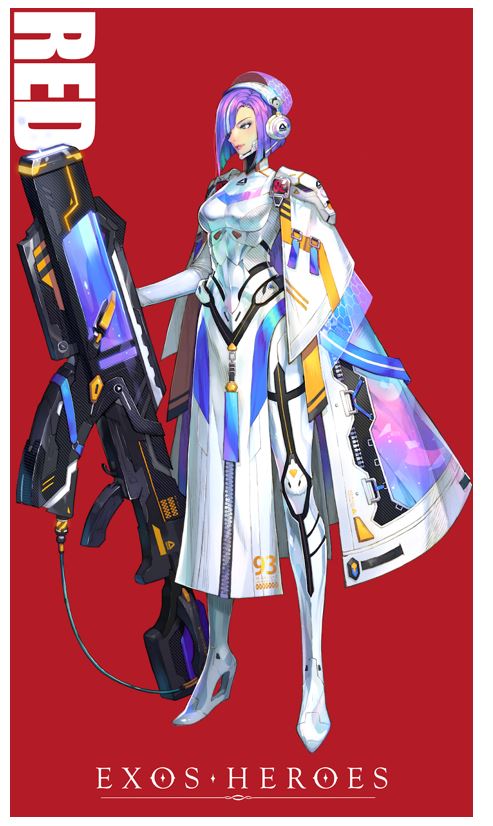 You can meet Rienor and Garff in this round of Eternal Bond.

We are in the final stages of developing Exos Heroes Steam Client version.

As we are in the last check up stage to enter Steam, we believe that we will be able to open it to you all very soon.

We will do our best so that we can deliver the charm of Exos Heroes through various platforms.

Even though you could craft various equipment, the maximum number of equipment you can store in the Inventory was limited to 1,500.

Through this update, we are planning to expand the the storage limit to 2,000.

We hope this will help you with crafting equipment for more various strategies.

In the Equipment Management, you can change the heroes’ equipment or enhance them.

However, there was some inconvenience caused when all the history of your slot settings being reset when enhancing the equipment.

For this, we have got rid of the resetting phenomenon for a more convenient equipment setting.

After the first Memorial Saga it has already been our 4th!

As you may already know, Memorial Saga is a content where we deliver various side stories of the heroes and about the past and future in the most ‘gamey’ way.

At first it was soley for the story, however we are able to add more game functions to it.

We believe that it was all thanks to you all tha Memorial Saga could become what it is now.

We have tried a variety of new things for this upcoming Memorial Saga so please look forward to it!

We have been able to introduce the newly added hero from Season 6, Vladimir.

There are more other attractive heroes on their way so please kindly wait a little more!

Oh! And for the first time in the Director’s Note, I would like to give you a little heads up on the new Fatecore that is coming up. 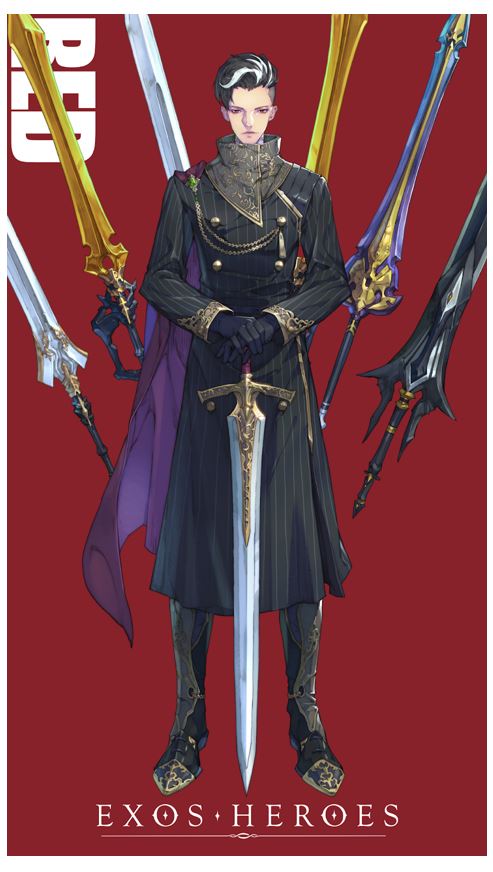 Lastly, an important news to you all.

Our whole Exos Heroes team have moved from ‘OOZOO’ to a new home ‘Nerdy Star’.

The reason for this is so that we can build a better environment for the game development.

Our team will not have a big difference from OOZOO but we will do our best to provide a better game service.

Since November 2019, Exos Heroes is heading toward its 3rd anniversary after the release in Korea.

Ever since we have been developing and operating Exos Heroes, we feel that we were able to feel proud of our game because of all the love you have showed us.

Thank you so much!!

As always, us Exos Heroes will do our very best.