A temporary maintenance will be held.

For more details, please refer to the information below.

* We will inform you as soon as possible when the maintenance is finished.

* The schedule may change due to unexpected issues and you cannot access during the maintenance.

: You may not access the game during the maintenance 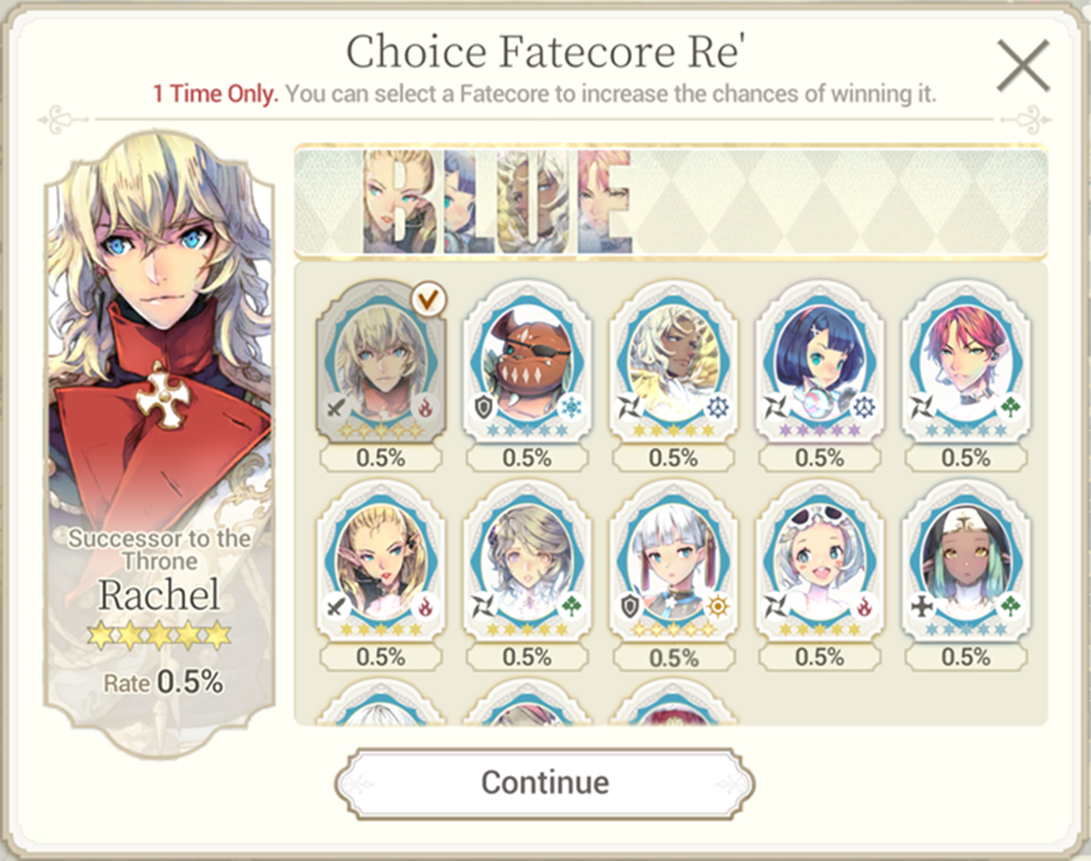 During a limited period, you can choose one of the Fatecore and recruit.

Choice Fatecore cannot be changed after the selection

If you have a Blue Fatecore, it will be effective for those who apply the buffs.

Please check the details of the Blue Fatecore buff target and effect below.

Each Blue Fatecore’s buff target can be found in the game.

[ Blue Fatecore Buff According to the Fusion Grade ]

The buff effect will be strengthened when you proceed with Blue Fatecore fusion.

During grades, A through E are randomly determined and changed to the Maximum/Minimum range values according to the capability.

If more than once, it will be randomly determined among the higher fusion levels than the current level.

※ From the Choice Fatecore Re’

※ For every 11 recruits, you will obtain 1 core mileage.

※ The core mileage will be deleted when Choice Fatecore Re’ ends.

※ The initialized mileage will be not recovered.