There will be an update maintenance on July 28th (Thu).

*Update details may change due to unexpected issues.

A new package will be updated! 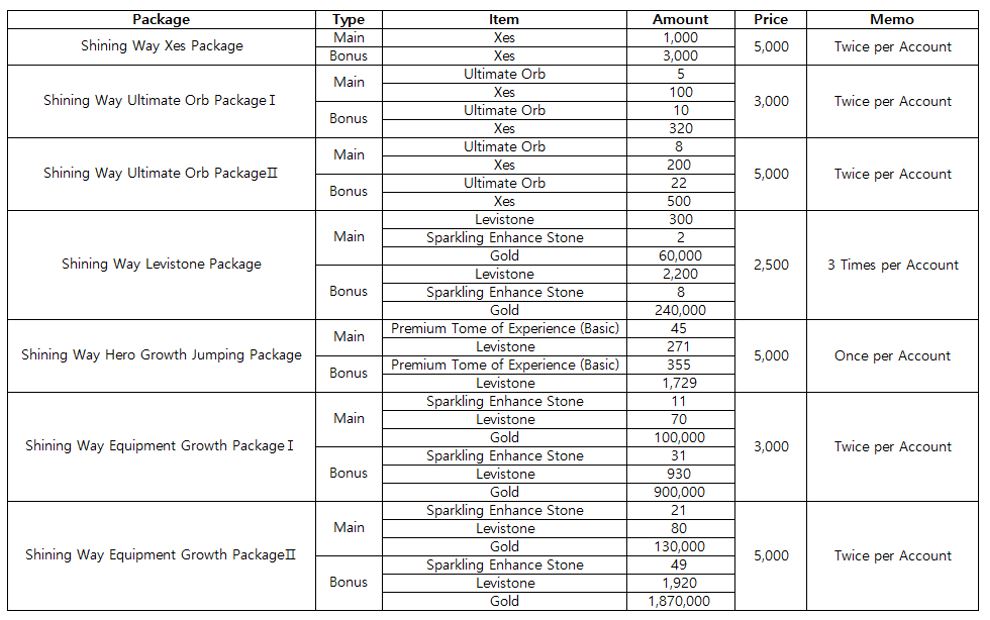 Brunn also starts to make their move as they hear Accor has revived.

The story of the Exos continent fighting against the chaos continues in < Chapter 30. White Night, Polar Night >. 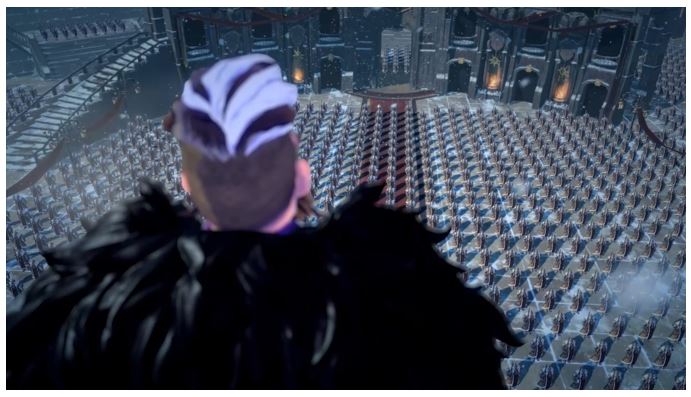 For a smoother story progress, Story Chapter 29’s battle balance will be eased.

However, for a better play all stories and daily quests will be in North Von Frosty.

A new hero 『Honuk』 is coming to Exos Heroes!

“ The heir to the throne of Wasted Red. Although he is generally considered to become a wise ruler, there are those who still do not view him as the rightful heir.

And they try to justify their claims by speaking of Honuk's youth. In the past, Honuk was a lot more tense than he is now. Acting very emotionally and hateful towards Baraka.

Questions in regards to how he turned around and became close to Baraka.

And to this, Honuk always answers with the same response: 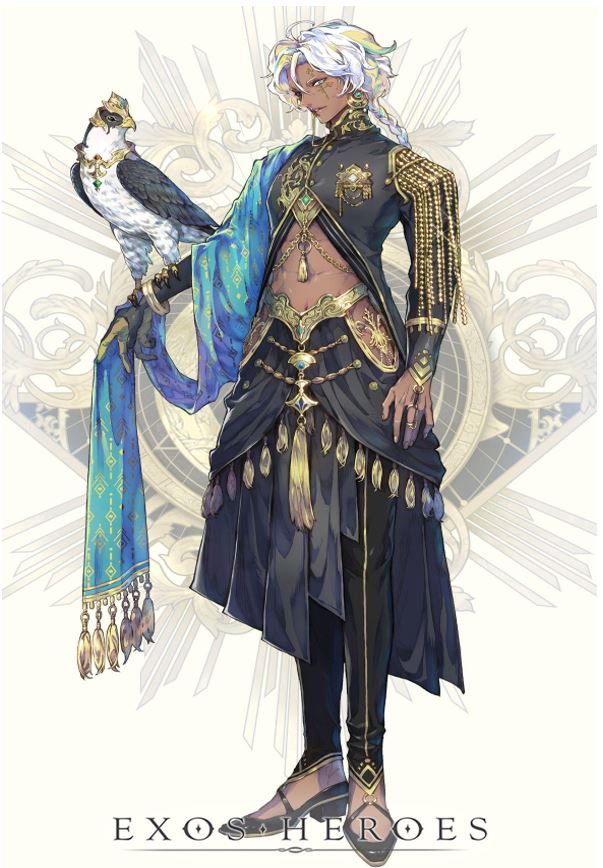 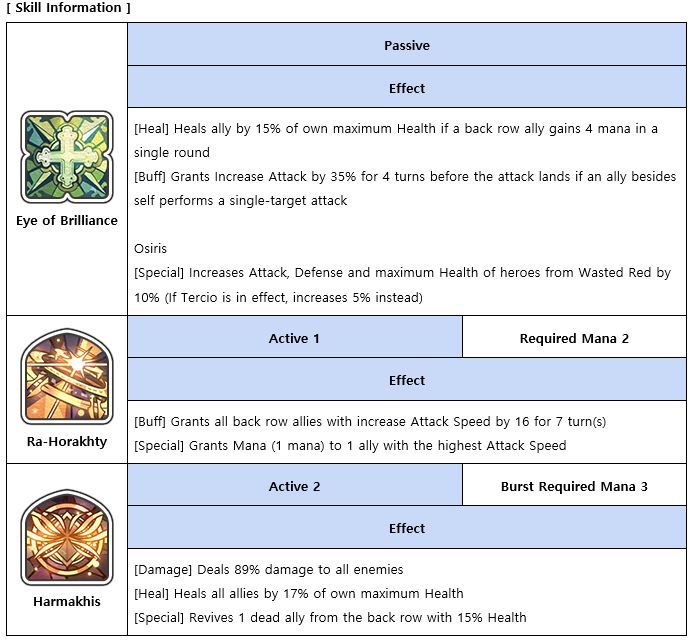 ※ 28 core mileages are required for a guaranteed obtain.

※ There are no limits to mileage rewards that you can obtain.

※ The mileages are initialized each time the chance up recruit is changed and it cannot be recovered.

* Artifacts can be acquired with a higher probability than Premium Recruitment. 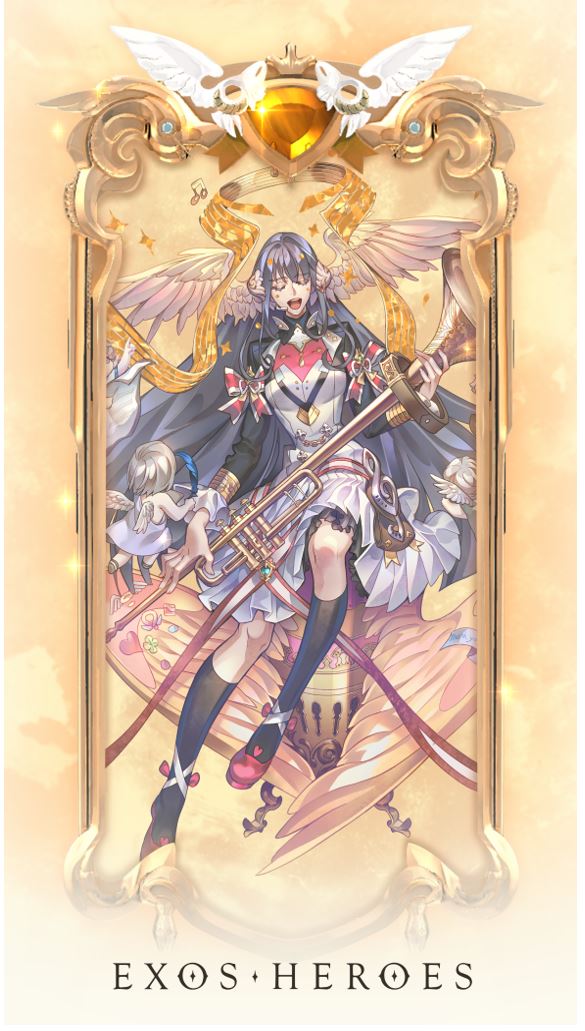 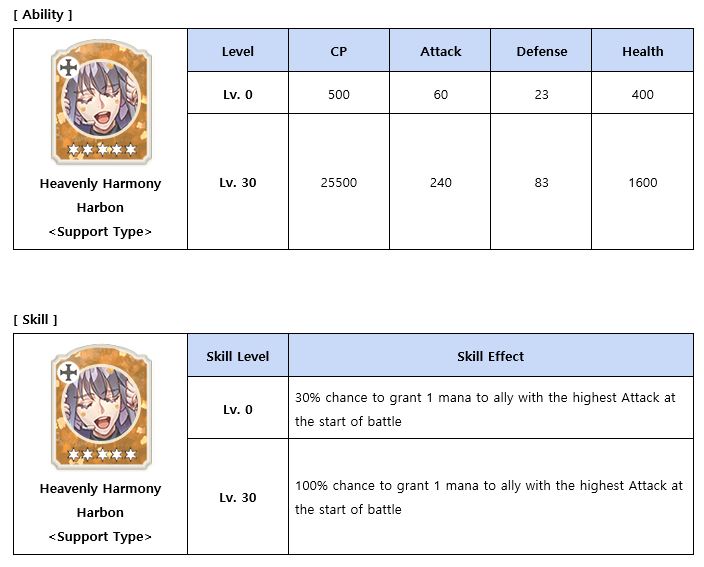 ※ In the Artifact Chance Up Summon, the chance of obtaining is 0.7%.

※ For every 11 summons, you will receive 1 Artifact mileage in the Artifact Chance Up Summon.

※ There are no limits to the number of times you can earn mileage reward.

Red Threads of Fate is an event content where you form certain heroes and go through the stories and missions to obtain an exclusive equipment as the final reward. 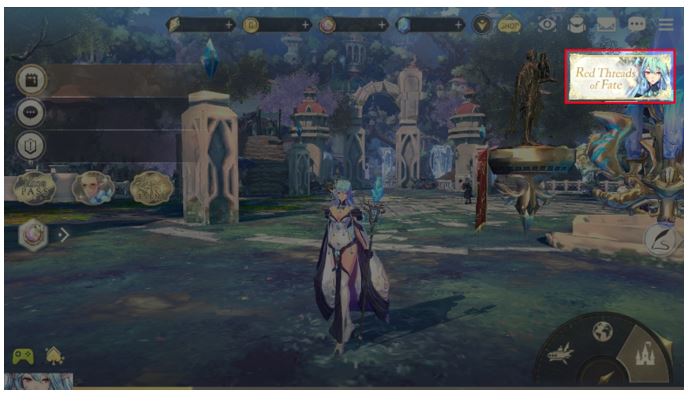 Red Threads of Fate contains 4 episodes and the story is carried on through conversions with the heroes. 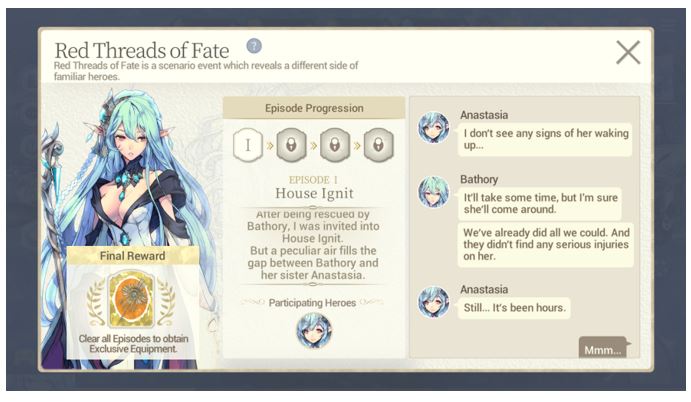 Between conversations there will be selections / missions / stories. In the selections, you can choose the line in ‘My’ perspective, and the flow of the conversation may change depending on your decision.

There will be various contents in the missions and and you will need to play various missions by forming a team with the ‘Tag Along Heroes’ that are required to clear the missions.

In the story, it will be told through the heroes’ illustration and background, and you will need to check the stories to proceed with the next conversation.

Once you clear all the episodes, you will gain an exclusive equipment as the final reward.

The exclusive equipment from Red Threads of Fate will not be purchasable during the event period.

Morveover, if you finish all the episodes and obtain the final reward, you can reset the process and play the content from the start all over again.

Once the Red Threads of Fate event is over, it will be added to the Story Journal. 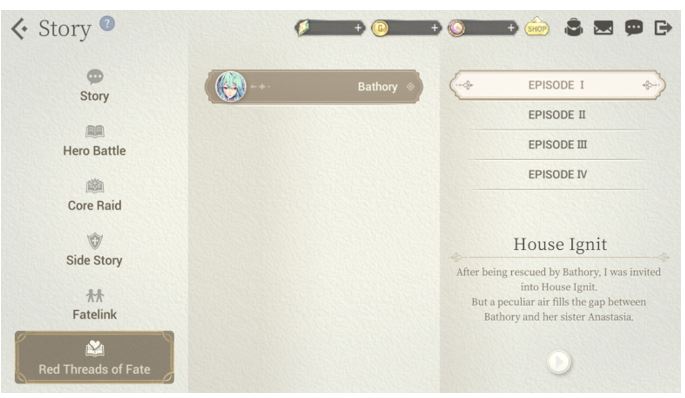 Red Threads of Fate can be opened after clearing Story Chapter 10. EP 12.

With the appearnace of the new Signature hero Honuk, Wasted Red’s minimum enhancement condition and required material will be changed.

ㆍ Before : Hold a certain amount of transcended Garff

ㆍ After : Hold a certain amount of transcended Garff or Honuk

ㆍ Before : Use Garff for enhancement

ㆍ After : Use Garff or Honuk for enhancement

The new hero Honuk will be added to Scout.

Honuk will share the slot with ‘Garff’ of Wasted Red.

Use the Scout condition that was previously stacked in Garff’s Scout to recruit Honuk.

The second official season of Arkvurze will begin!

In this Arkvurze there will be only ‘Normal Battle’, and ‘Balance Battle’ will not be available.

the matching conditions according to the Arkvurze Tier will be not be applied and will be divided into 2 groups for matching.

However, for a more stable and faster matching process, the entrance times are as below.

How will the heroes in that world stand against the disaster?

Core Raid < Wanderers of the End > will begin.

- If you purchase all the Raid items, you can receive a Step-Up reward and also refresh it to the next Raid items through the Step-Up reset function. 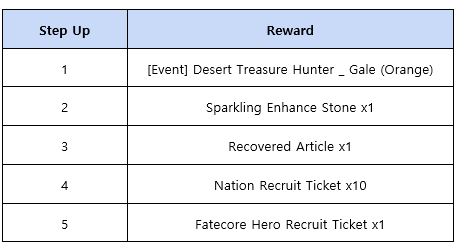 ‘[Event] Desert Treasure Hunter _ Gale (Orange)’ can be obtained without the hero.

※ Raid items can be updated to the next step of Raid items by resetting the Step-Up.

※ Step-Up reset will not be available once you have obtained all the step-up rewards.

To hear out all your opinions we have prepared the 5th survey.

In this survey, we have formed questions regarding Memorial Saga - < Iel > satisfaction level, the new story and Vladimir.

The survey can be participated through the banner popup on the right side of the screen in Airship / World / Village.

A small reward will be sent out to everyone who participated.

We thank everyone for all your valuable opinions,

And we will do our best to make the game with more fun contents based on your opinions.

For the 22nd Eternal Bond, you can choose between 『Carrie』 and 『Prithiof』.

Once the Hero Battle period ends, the current Hero Battle that you are playing will also end.

Hero Battle can be played after clearing the main story Chapter 02. EP 06.

We have added some new gimmicks to the September Yupir’s Labyrinth.

The Exos Pass of September is opening! 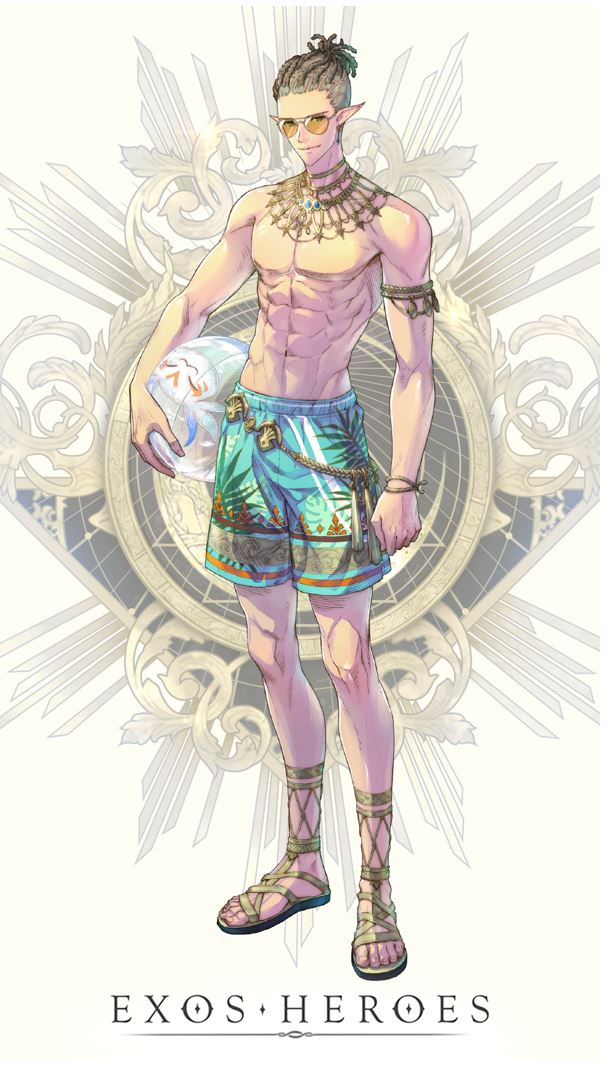 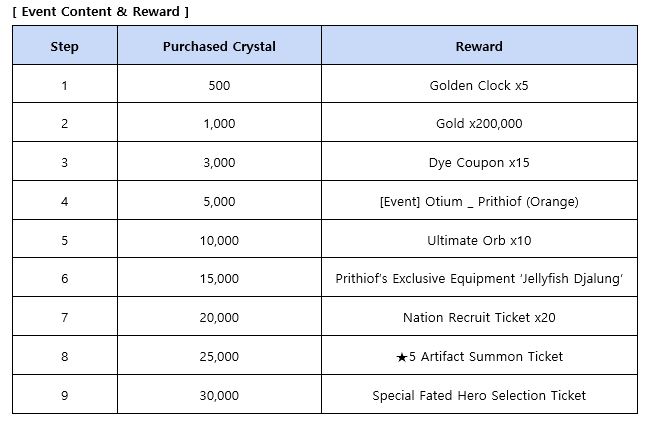 * For the Step 4 Reward, you will receive ‘[EVENT] Otium _ Prithiof (Orange) without the hero.

If you unleash all in Unleash Potential, select the stage that you would like to unleash and the lower stages will automatically be selected as well.

However, if you lack the currency and materials to proceed with the process, up to the stage that can be unleashed will only be selected.

The Artifact equipping function in Manage Heroes have been improved.

Now in the Artifact Inventory, the filter will be applied so the Artifacts that can be equipped to the hero will be shown.

The sorting function in the Inventory has been improved.

In the Tab, the material items and memory items will be sorted in the ★ grade order.

In the Memory Tab, the heroes’ memories and Fatecore’s memories will be separared and sorted in ★ grade order.

The details regarding below will be added to ‘Help’.

- Addressed the issue where the recruit button does not activate when you have fulfilled the Scout condition correctly.

- Addressed the issue where an abnormal popup appears when you cannot use the Artifact Free Summon anymore.

- Addressed the issue where the Passive skills of the bosses in certain dungeons are activated abnormally.

- Addressed the issue where the daily quests that are not supposed to be in certain stories appear in Lenombe / Wasted Red.